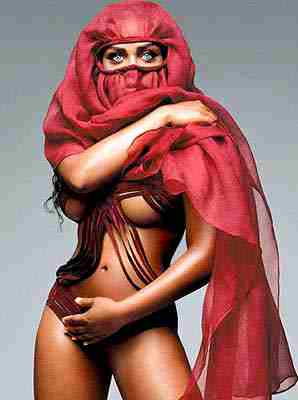 THE CREATION MUSEUM in Petersburg, Kentucky, has dinosaurs and man living side by side. According to the Museum, Earth and the Universe are a little over 6,000 years old and were created by God in six days. The dinosaurs died out around 2348 B.C, because of the worldwide flood that God sent as punishment for all our sins. (and those of the Dinosaurs; bastards)

So while the ancient Civilizations of Akkad and Egypt flourish (the Pyramids of Giza had already been built) cities exist in ancient China and on the Indian Subcontinent, and Gilgamesh rules Sumer from the capital city of Uruk, T-Rex walks the earth and Pterodactyl (wingspan of 20 feet) flies above it, without ever being described.

How is this possible?

Because creationists take the Bible literary, an axiom that also leads them to not working on Sunday's, not to engage in homosexual activities and instruct the wives to obey their husbands and wear skirts (and underwear). Rigid obedience yes, but perfectly understandable. The Bible is their holy book, which they believe is actually dictated by God Himself. Of course they take it literary, just like some Muslims try to take the Koran literary, Jews the Torah, etc. They all want to follow their God as best they can.

If you're waiting for the punchline, there won't be any. Well, maybe just the one: Christianity, Judaism, Islam, Hinduism, Atheism, they all claim to be The One True Faith, but which is the really real one? Should we just fight it out, with the winner dictating religion? And how long would that uneasy peace last? Have we ever had people unanimously follow one religion in any country, city or even street block?

Then maybe we should not fight it out.

I don't like the burqa. In fact, I dislike it. Or, as long as we're being completely honest with each other, I actually really hate it. I hate not being able to see someone's face, I hate codes of conduct telling women to either deny or overstate their femininity, and I love seeing the female figure (and then some).

But of course it is very much a religious sign and as far as the submission argument goes: should the government be given the right to force women not to wear certain clothes? Do we really want the government this deep into our personal lives? Again?

This is the hard part about freedom, about living in a free society, about being free: to allow others to use their freedom to say, think, want and wear things you hate with a passion.

So you won't hear me come out against the Creation Museum either, even though it teaches 5 year old's that kids just like them were playing with Dinosaurs while the Egyptians were building their Pyramids.

Let them walk with Dinosaurs if they so wish.