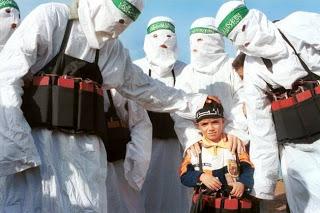 Ask people to look 200 years into the future and they will all describe a world very different from today.

Many will talk of great achievements, since we've always been a very optimistic species. (unlike chimpanzees, who always seem to have something to bitch about). Space exploration and colonization -no exploring without some good ol' fashion colonizing of course- flying cars, driverless trains moving at Mach 2, cheap green resources for everybody, the end of world hunger. Just to name a few of the more modest goals.

Of course there are also those with a highly developed dark side. They'll be talking nuclear holocaust, CALE © (Climate Apocalyptic Level Event), killer viruses, killer bees, black holes pouring out of man made particle colliders, you name it. They resist giving in to the happiness that's luring them towards the lighter side of life, convinced it won't last much longer and afraid to jinx it.

And then there are the idealists. Unhappy with the world of today (like the chimpanzees), they hope, support or fight for a better world. Of course it's never about anything small. You won't find any idealists fighting for something others are willing to give. It's always something big, like women's voting rights, gay marriage, removing some dictator from power, bringing some dictator to power, free all the animals, making the world safe for Islam.

Idealism today is still shrouded in the same veil of friendly naivety it acquired in the 1960's. Flower power, free love, world peace, that sort of thing. But idealism as a concept is amoral. There is no universal right or wrong that all idealists agree on. They all strive for their own paradise.

Sadly, one man's paradise is another man's hell.

'So let's look at the maquette of the building. Ok, Mustafa and Mohammed, you will blow yourselves up here and....here, all right? Praised be Allah, glory to His name, please receive these two martyrs and bestow upon them 70 fair haired virgins.'

'Next we storm the square. Well, not me of course; you. But I wish I could be with you. Achmed 1 and Achmed 2, you will blow up...here and here. Praised be Allah, glory to His name, please receive these two martyrs etc.'

'Finally the rest of you..... Ali, Aamir... Abbud, Najid, Parvez... Sarosh, you will enter the building and blow yourselves up at will. Praised be Allah, glory... and all that.'

'Good. Well then I guess this is goodbye. Don't forget to save me some virgins, since I will probably not die a martyr.'

At some point in the future, Islamism, like certain ism's before them, will be drained of most of its followers by the one ism that has proved to be unbeatable: individualism. Muslims will finally demand the separation of church and state, so as to protect their own religious freedoms against governments and judges. Islamic women will demand equality and Islamic homosexuals will fight for their rights.

I wonder if 200 years is enough though.