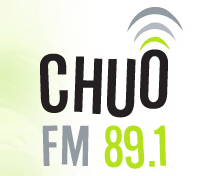 Articles published in Philadelphia Inquirer, CNBC, The Hill, Quartz, and others

After November 8, The Issues Will Remain (philly.com, as well as several other media, including The Knoxville News-Sentinel, The Albaquerque Journal, The Wichita Falls Times-Record, The Daily World, and The Northwest Georgia News). This article also appeared in print on October 25, 2016, in the Philadelphia Inquirer.

In political chess game with Putin, even Trump is a loser (Thehill.com)

The United States? Not by a long shot (TheHill.com)

Now, it's the Democrats facing a civil war (CNBC)

An election recount will only further divide a fractured America (Quartz, qz.com)

A return to big government is the best way to protect America's working class from globalization (Quartz, qz.com)

Who Would Benefit the Most if Donald Trump Were Assassinated (Dailycaller.com)

Is Civil War Brewing in the Democratic Party? (DailyCaller.com, as well as other media outlets)

Alt-Left: The New Bigot On The Block (DailyCaller.com)

Is Donald Trump Treating The Simpsons as Prophecy? (themarysue.com)