How Vasili Arkhipov Saved the World

“Maybe the war has already started up there, while we are doing summersaults here! We’re going to blast them now! We will die, but we will sink them all - We will not disgrace our Navy!”

Captain Valentin Savitsky, commander of the nuclear armed Russian submarine B-59, in the Caribbean near Cuba, 27 October 1962 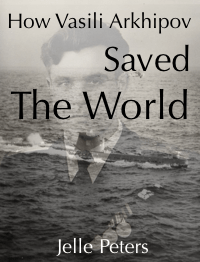 On 11 October 2002, in Havana, Cuba, the participants at the historic 40th anniversary conference on the Cuban missile crisis learned for the first time that the world had come even closer to nuclear war in October 1962 than had already been known.

Missile experts, journalists, historians and some of the key players during the missile crisis itself, including Cuban president Fidel Castro and Robert McNamara - US secretary of defense during the crisis - learned that a Russian submarine close to Cuba had come to within an inch of launching its nuclear tipped torpedo against the fleet of American ships that had located its position and was trying to force it to the surface.

The submarine in question, B-59, was the flagship of a small flotilla of four submarines, who had departed from their base on the Kola Peninsula in northwest Russia on 1 October 1962, setting course for the Caribbean. Their mission was to strengthen the defense of the island of Cuba1 against a possible U.S. invasion, but they received new orders while en route, to support Soviet cargo ships delivering arms to Cuba.

That support was deemed necessary by the Soviet High Command after U.S. President Kennedy had ordered the U.S. Navy to enforce a blockade of Cuba, to prevent any more arms - specifically Russian nuclear warheads and missiles - from entering Cuba. It was the least drastic decision Kennedy could have taken after photographs from a U-2 spy plane proved Soviet missiles were being placed on Cuba.

Cuba used to be an ally of the United States, but three years earlier, on January 1, 1959, communist revolutionary leader Fidel Castro (supported by the U.S.S.R) had succeeded in removing Cuban President Fulgencio Batista (supported by the U.S.) from power. Castro wasted no time turning Cuba into a communist state, much to the dismay of the United States. A marxist-leninist single-party state only 93 miles away from the shores of the United States at the height of the cold war was simply unbearable for any U.S. administration, even a relatively liberal one like that of newly elected President John F. Kennedy.

So when Kennedy was informed after his election of an invasion plan, to be carried out by Cuban counter-revolutionaries trained and supported by the CIA, he gave his consent. On 17 April 1961, a small army of some 1,500 Cuban paramilitaries subsequently landed at the southern coast of Cuba, in the Bahía de Cochinos (Bay of Pigs), but they were utterly defeated only three days later by a Cuban army commanded by Fidel Castro himself. It was a humiliating failure for the U.S., attributed to underestimation of Castro and lack of support given to the paramilitaries - in a rather quixotic attempt to retain plausible deniability.

The half-hearted Bay of Pigs invasion also made Kennedy look weak to his Russian counterpart, Chairman Nikita Khrushchev, an impression that only strengthened when the two met for the first time less than two months later, in Vienna.

The son of poor peasants, Khrushchev, a veteran of the infamous Battle of Stalingrad, was a very---