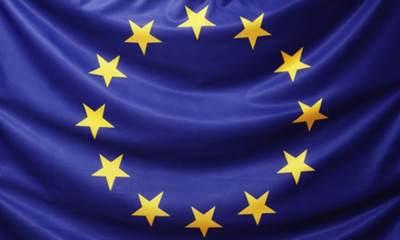 Many European citizens may still cherish the idea of being from Germany, France, Spain, Italy or the Netherlands, but in reality Europe is already a country, they just don’t know it yet.1

Politically, the current Eurozone much resembles the United States in the first decade of its existence, when it was governed by the hopelessly inadequate Articles of Confederation. Of course the idea behind the Articles was very understandable. The Thirteen Colonies had just revolted against their colonial overlord and were naturally wary of simply handing over power to yet another overlord, even if it called itself by another name and spoke with a more familiar accent.

But however natural, sympathetic and understandable, the Articles of Confederation and the “firm league of friendship” it aimed to establish simply did not work. The newborn United States was politically inefficient, economically fragile and vulnerable to outside interference. It all seems eerily similar to that firm league of friendship on the other side of the big pond, doesn’t it?

So far the Eurozone isn’t paying heed to the history lesson about the early United States though, preferring instead to keep playing country, like soldiers who refuse to unite against a charging enemy because they are in different foxholes. European politicians would do better to stop pretending for the sake of election rhetoric though, and instead start explaining why a United States of Europe is not only inevitable but also necessary.

Below are nine steps to get there.

1. One elected President. Europeans are always complaining that everything is decided in Brussels. If that is true (and in many ways it is), the people should have a bigger say in the European government. The currently powerless EU President should therefore be elected directly by the people and vested with all the powers of the office of the President of the European Commission.

2. One government bond. Part of the reason why the European sovereign debt crisis almost brought Europe to its knees and stifled economic growth, is because while there was no shared debt it quickly became clear member states would still be at risk when one of them defaulted on his debt. This risk could be negated through the introduction of European bonds, provided it goes hand in hand with a shared budgetary and fiscal policy.

4. One fiscal policy. The European government and parliament should be responsible for the fiscal policy of the Eurozone. It makes no sense to have a shared internal market and a shared monetary policy (by way of the ECB) but local fiscal policies that do not work in concert to improve unemployment rates and stabilize business cycles throughout the Eurozone.

5. One European second language. Aside from their national language, Europeans must be able to communicate in one common language if they are to truly benefit from the internal market. This common language must be English, because it’s easier to learn and far more universally spoken than Spanish, French, German or Italian (it is true that Spanish and French are spoken in many countries, but English is the de facto second language in the world).

8. One foreign policy. This relates to several of the earlier points. It is counter-productive for member states to formulate individual foreign policies, since their foreign policy interests are similar for the most part. Some forty years ago, then U.S. Secretary of State Henry Kissinger asked who he should call if he wanted to talk to Europe.2 It is time to answer this question more decisively than with a High Representative of the Union for Foreign Affairs and Security Policy, whose role and powers are still very vague.

9. One capital. Currently, the European Parliament moves from Brussels to Strasbourg about once a month, as part of some silly agreement aimed at needlessly pleasing the French. This monthly moving circus costs the European taxpayer some €150 million per year.3 It is time to take the European electorate more seriously and put an end to this kind of topographical cronyism. The capital of Europe is Brussels, not Strasbourg.

1 For the sake of argument, when I talk about ‘Europe’ in this post I mean the Eurozone and not the European Union as a whole.

2 In an interview in 2012, Kissinger said about this famous statement: “I am not sure I actually said it. But it’s a good statement so why not take credit for it?” (Gera, Vanessa. “Kissinger says calling Europe quote not likely his.” bigstory.ap.org)

3 Mendick, Robert. “The farce of the EU traveling circus.” telegraph.co.uk.