Welcome to the Financial Interbellum 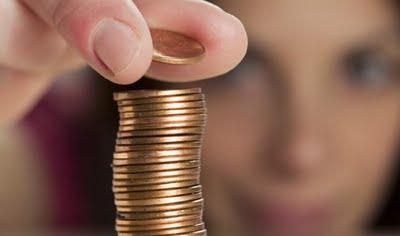 A couple of months ago, an old and dusty word turned young and hip in a matter of days. Traditionally, this word would mostly conjure up images of coupon shopping, of wives who save pennies in jars and of putting on an extra sweater because the house is so cold. In short, the kind of word you wouldn't want to be caught dead with.

But after Lehman Brothers fell and the world entered The Great Recession, frugal became the new star of the dictionary (because we all had to look it up first). Suddenly, everything had to be cheap; food, clothes, gifts, and most of all: behavior. For the first time since never it was cool to be cheap.

Whether you lived in Southwest Detroit and simply had no money to buy new sneakers because you were laid of by GM (days before its directors flew to Washington in a private jet, begging for more money) or in Manhattan -not owning sneakers but still having to sell the villa in Tuscany- you could both look cool by wearing a pair of worn out adidas.

Should you have missed the start of the hip frugal party, don't bother, because it's already over. Within six months, frugal has gone from hero to zero and back again, and with it, a whole bunch of other things that seemed destined to be changed. The banks would be restructured, bonuses would go down, every American would (finally) be able to afford health care, Iran would be called to order and the world would go back to normal again. And when you hold a patch over one eye and squint the other, it might even look that way, if only for a moment.

But without wanting to sound discerning, to me, 2009 much more resembles 1919 than it does 1946. True, we just overcame a huge problem, preventing the complete meltdown of the financial world. Governments issued hundreds of billions of dollars of stimulus money, guaranteed to back banks and their toxic loans, and replaced the elitist G7 with the (slightly less elitist) G20. But just as defeating the Germans and founding the League of Nations wasn't good enough when it came to preventing the Second World War, the current half-assed measures aren't going to prevent a second, real, meltdown.

'Back in the day' (meaning about 4 months ago), when everybody was still being frugal, about the only thing Republicans and Democrats agreed upon, was that something needed to be done about those big banks, to prevent another systemic crisis. Meanwhile, those big banks themselves kept very, very quiet, after just having received hundreds of billions of dollars to shore up their balance sheets and honor their agreements.

But then the markets bottomed out, the banks put all those (taxpayer)billions to work to get in cheap, and suddenly they were making billions in profits again. Soon thereafter, they paid off their government debts and that was that. In all fairness, some European countries -notably France, Germany and the Netherlands- did make headway with capping bonus pay in the financial sector, but the banking system itself was left alone everywhere.

So what do we have to be afraid of? Last week, the Congressional Budget Office estimated that the U.S. budget deficit over the fiscal year 2009 (which ended at September 30) was a whopping $1.4 Trillion, which is 9.9 percent of the GDP, while the deficit for 2008 was $459 billion -which was already considered huge at the time. As of today (12 Oct 2009) the U.S. national Debt Clock stands at $11.9 trillion. (if you love numbers, be sure to watch the debt clock roll on).

Meanwhile, the dollar is weak and getting weaker (in part because of the growing debt) and even though a weak currency has its advantages when it comes to international trade, these advantages will be outweighed by their negative brothers quickly, when investors decide to abandon the dollar in favor of a more robust currency. In fact, one of the reasons the dollar has been losing value against the Euro so quickly (16% since March) is because investors are already turning elsewhere.

Of course, if needs be, the dollar will be propped up by the Fed and foreign central banks; for now. But for how long? And because banks have not been restructured, the Goldman Sachses and Morgan Stanley's of the financial world will continue to grow, doubling or tripling in size (compared to the fall of 2008) over the next 10 to 15 years.

And then? Will they be saved again, when it's '1939'? Or will the next crisis be even bigger and ever more incomprehensible?