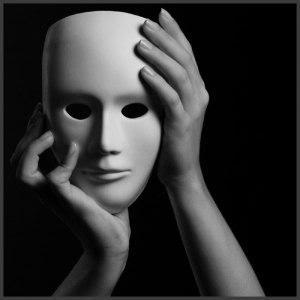 When cinema started to become popular early 20th century it almost immediately unleashed a wave of moral and religious panic. In numerous surveys and reports cinema was held responsible for the growing moral decay, notably among the young. Magistrates even sentenced young offenders "not to enter a 'picture theatre' for 12 months."

The arrival of television only enhanced this idea of the youth being corrupted by insolent images. The shocking pelvis of Elvis, the long hair of the Beatles, the nakedness of Phil Bloom. Frankly, I'm amazed we survived so far.

Then the internet arrived and fear spread that this giant 'series of tubes'(as US Senator Ted Stevens so eloquently put it) would lead to a rapid increase of social isolation, again notably among the young, who supposedly wouldn't learn anymore how to interact normally.

And the video games, oh no, those blasted video games! Teaching the young to take our household arsenal of semi-automatic pistols, rifles and machine guns (needed for home defense) and shoot people at random, instead of doing it with good reason.

And World of Warcraft and Second Life! Blurring the line between fantasy and reality, just like pot. How will the young ever learn to interact in the real world if all they care about is WOWgold and dating a delicious looking avatar?

A report that will be published next week in 'Proceedings of the National Academy of Sciences Online Early Edition' (a title so unclear it suggests considerable lack of social experience in the real world) finds that Twitter does not allow people enough time to make moral decisions. As a result, it could numb our sense of morality and make us indifferent to human suffering, the report says.

In other words: Twitter can turn you into a sociopath.

One of the researchers, Immordi-Yang, said this can be particularly dangerous for young people (of course) because the lack of decision-making time can harm the emotional development of their "moral compass".

Said Immordi-Yang: "we need to understand how social experience shapes interactions between the body and mind, to produce citizens with a strong moral compass." (sounds like a line from the movie Starship Troopers, which, in this context, is not a compliment)

USC sociologist Manuel Castells: "In a media culture in which violence and suffering becomes an endless show, be it in fiction or in infotainment, indifference to the vision of human suffering gradually sets in."

What's really frightning though is that I'm not making this up. That aparently even in the 21st century we still think we should convert (or kill) the messenger, rather than change the message.

Only a matter of time now before magistrates start sentencing young offenders 'not to enter the twitter theatre for 12 months’.