The Virus of Absolute Power 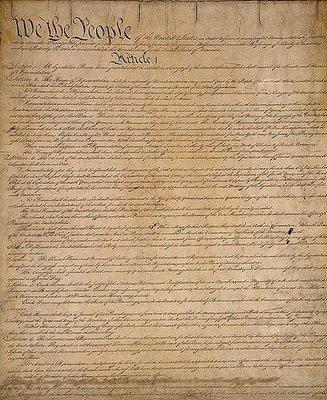 MAYBE IRAN'S SUPREME LEADER, Ayatollah Khamenei, is right. Maybe there was no voter fraud, no election rigging of any kind. Maybe President Mahmoud Ahmadinejad really did get 62% of the vote. Maybe the millions that have marched through the streets of Iran are wrong. Seriously, they could be. But it's still no excuse.

It's still no excuse to forbid peaceful demonstrations, to sanction police and para military violence, to block communications, to arrest reporters and opposition leaders. To kill.

All societies are based on a social contract between the state and the people. The state is given authority to rule the people, who in return get stability and protection from and against the state. The state should never be run by people, but by the rule of law. Governments handling the affairs of the State have to abide by that law.

We tend to forget democracy is not the cake, only the icing. It's very nice to be able to go into a voting booth every four years or so, but the cake is made with those 'certain inalienable rights' that create free citizens and protect them against their most likely enemy: the State itself. This is why the Iranian revolution of 1979 (and so many other revolutions during the past 50 years) has failed; it hasn't given the people any absolute rights, protecting them against the state.

And now it's too late.

The social contract between the people of Iran and the State of Iran has been broken. Peaceful protest is met with state sanctioned violence, and if there is one thing the elections have proven (once again) it's that Iran's true leader is not a President chosen by the people. (So much for the word 'republic' in the Islamic Republic of Iran)

The people in the West have had to fight in the same struggle for power. Against tyranny, dictatorship, communism, fascism, religious fanaticism. Some of these fights lasted for years, decades even. Millions were lost. Eventually the people won, for the most part at least. But lest they remain vigilant they might still lose, because no people is ever absolutely safe against the virus of absolute power.