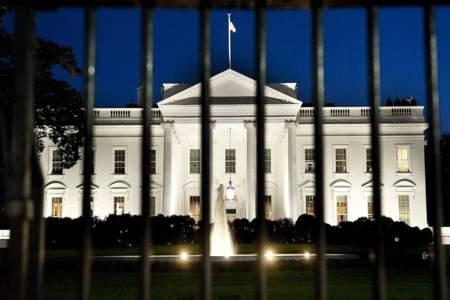 7 Drinking and assassinating do not go well together

On September 12, 1994, a severely intoxicated Frank Eugene Corder, a truck driver from Maryland whose wife had left him three weeks earlier, crashed a stolen Cessna 150 on the White House South Lawn, just 50 feet from the White House residence, killing himself on impact. President Clinton, meanwhile, was sound asleep across Pennsylvania Avenue, at Blair House, because renovations were being carried out in the residence. Which brings us to mistake number six.

6 Not checking if the President will be there

In January 1994, Ronald Gene Barbour, an unemployed limousine driver from Florida, traveled to Washington to shoot President Clinton during one of his morning runs on the Mall. But Clinton wasn’t jogging on the Mall, he wasn’t even in the country, as he was visiting various heads of state in Europe.

Barbour went back to Florida, was arrested and later sentenced to five years imprisonment.

To many would-be assassins, the White House is an irresistible, annoyingly perfect, beautiful, untouchable and yet seemingly vulnerable symbol of government. Only it’s not. In fact, it’s one of the best protected buildings in the world. Its windows are bullet proof, there are five rings of security between the public sidewalk and the front door and counter-sniper teams on the roof check the perimeter 24/7.

But on the night of November 11, 2011, Oscar Ramiro Ortega-Hernandez—who believed he was Jesus Christ and President Obama was the Anti-christ—nevertheless parked his Honda directly south of the White House, pointed his AK 47-style semiautomatic rifle out of the passenger window, aimed at the big white building some 700 yards away, and fired. At least seven bullets struck the White House, but none penetrated the bulletproof glass.

It took the Secret Service four days to even realize shots had hit the White House. Ortega-Hernandez was sentenced to 25 years imprisonment.

4 Not checking if the gun is loaded

Every gun safety instruction emphasizes checking if there’s a bullet left in the chamber after taking out the magazine. Of course, when you actually do want to fire a gun it is equally important to check if there is a bullet in the chamber. Luckily for President Gerald Ford, that was the one thing Lynette Fromme forgot to do.

Fromme was only two feet away from Ford when she drew a Colt .45 pistol from her leg holster and aimed it at the President. But although the gun had four bullets in the magazine the chamber was empty, because the 26-year-old woman had been unaware she needed to pull back the gun slide first to load a bullet in the chamber. As a result, the gun went click instead of bang.

Fromme was sentenced to life imprisonment but released on parole on August 14, 2009.

3 Assuming the president opens his own mail

One of the more bizarre presidential assassination attempts involves an Elvis impersonator, a martial arts instructor and a ricin-laced letter. On April 17, 2013, a suspicious package addressed to President Obama was intercepted at the White House mail facility, a remote site where mail is screened for the safety. The package turned out to contain ricin.

Before long, the FBI arrested Elvis impersonator Kevin Curtis, on the ground that the letter contained a very specific quote used by Curtis on his Facebook page. But after hours of questioning the FBI began to doubt Curtis had sent the letters. The Elvis impersonator himself suggested he was probably framed by one Everett Dutschke, a martial arts instructor with whom he had been locked in an online feud.

A few days later, Dutschke was arrested. He later pleaded guilty and was sentenced to 25 years in federal prison.

2 Bringing a knife to a gun fight

Over the years, several would-be assassins have chosen a knife as their primary weapon. But Secret Service agents are not armed with knives. Their standard issue sidearm is the SIG Sauer P229. The chances of success when attempting to kill the President of the United States with a knife are therefore slim—very slim—to none.

On October 4, 1978, Anthony Henry, barefoot and dressed in a white karate uniform, nevertheless scaled the wrought iron fence around the White House armed with a knife and stormed toward the North Portico, before being cut off by White House guards.

Spinning around in various defensive karate stances and fending off lunges from guards positioned in a ring around him as if they were filming a Bruce Lee movie, Henry was eventually wrestled to the ground. He said he had only wanted to convince President Carter to remove the phrase ‘in God we trust’ from U.S. currency.

1 Thinking it will make a difference

For aspiring lone wolf assassins, many of them powerless and disenfranchised, the act of killing a President, the living symbol of government, might represent a moment of triumph against a system — a life, even —that they feel has failed them in every way. The kind of act that could make everything right in one fell swoop, transforming them from a no one into a someone.

Only it wouldn’t. At least not to the extent that their life would improve, because presidential assassination carries the death penalty.

And politically speaking assassinating a U.S. President probably would not make much sense either, since the Vice President is of the same political party and a presidential assassination does not trigger new elections.

In other words, contrary to his popularity among would-be assassins, for those seeking to make a political difference by assassinating a world leader, there are certainly better candidates than the American President.