The US and EU, Divided They Stand 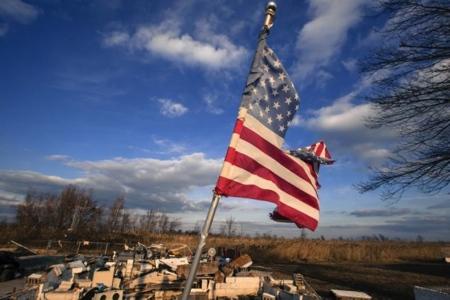 Before last week, the last time large-scale demonstrations had broken out against a President-elect who had secured a clear-cut victory was in 1860, when Abraham Lincoln won the presidential election with virtual no support from the Southern States.

Things were a lot simpler back then.

Opposition to Lincoln’s (moderate) anti-slavery platform was near absolute in the South, making it relatively easy for the Southern States to come up with a seemingly perfect solution: secession.

Lincoln could have decided to let the Southern States leave—after all, why would thirteen colonies have the right to break away from an empire but seven states not be allowed to divorce from a union, an argument that would have certainly found sympathy among Presidents Woodrow Wilson and Franklin Roosevelt, both strong advocates of the right to self-determination—but instead chose to try and hold the Union together whatever the cost.

Had the same situation existed in the world of today, Lincoln would not have had that option. War may be the continuation of policy by other means, as Clausewitz wrote, but it is no longer considered an acceptable means to an end.

Had South Carolina, Mississippi, Alabama, Florida, Georgia, Louisiana and Texas therefore seceded today, the U.S. Supreme Court might still have nullified the move—as it did, retroactively, in Texas v. White, in 1869—but in the face of continued defiance, the North would have little choice but to accept the new reality.

Standing in the middle of the protesting crowd tirelessly shouting at the big black Trump Tower on Fifth Avenue, in the weekend after the election, I cannot help but wonder if it would not have been better to simply let the Southern States go in 1861. A staggering total of 620,000 soldiers lost their lives during the Civil War, more American soldiers than in all other U.S. wars combined. And yet here we are, more than 150 years later, still grappling with an enormous cultural divide between the Northern and Southern States (and their ideological allies in other states).

You would think that over the course of a century and a half, much of that divide would have been ironed out through shared history, increased mobility and growing diversity. But looking at the facts, the opposite seems true.

If anything, the 2016 elections have shown that the divide between progressive and conservative America is much deeper, much broader and much more time-resistant than many people realized. And although the regional differences aren’t nearly as absolute as they were in 1860, the Coastal States of America is still very different country from the Conservative States of America.

I’m standing beside a curvy young black woman, who is rhythmically banging out a solemn yet ominous call-to-arms on a big white plastic bucket, accompanying protesters who are shouting out a variety of slogans:

In another place, another time, it could have been the beginning of a revolution. But revolutions need an injustice, something to rail against and which can be remedied through different policies, the adoption of a different political system. There was no injustice here, though, the Democrats only lost an election.

And yet there was a rebellious whiff of ‘why should we even care about this other America’ in the air. Why should we care about rustbelt America, rural America, Midwest America, Deep South America? More than anything else, these protesters, young, diverse, inclusive, progressive, seemed impatient to move ahead, with or without the rest of the (United) States.

Meanwhile, there is talk of secession in California, already dubbed #Calexit. Donald Trump won only 33 percent of the cast votes there, 3.2 million votes out of a total population of 39 million. And odds are that the progressive gap between the Gold State and the United States as a whole will only grow wider. With an economy larger than France, there is no doubt California could survive on its own, but would its population really want to secede from the Union?

The instinctive answer is probably not. Then again, rational minds gave the same answer to the question whether Britain would choose to secede from the European Union.

To be sure, the British were never enthusiastic supporters of the project of European unification. And although Europe has made great strides toward its stated goal of ‘an ever closer union’ during the last seven decades, a real, federal union remains elusive. The European Union has its own parliament, its own court, its own currency, a common market and a central bank, and yet Europeans don’t feel European. They feel French, German, Dutch.

Perhaps that is because however noble and rationally sound the concept of European unification, it has proved difficult to overcome the cultural effects of many centuries of European wars and nation building. European countries remain first and foremost exactly that: countries. The United States, by contrast, was not born out of a political concept but out of an ad hoc alliance between thirteen relatively young colonies faced with a common enemy.

And yet in the current political climate, in this Age of Isolationism, of resurgent nationalism, of anti-globalism, of cultural radicalism and totalitarian progressivism, the U.S. and the E.U. are both struggling to convincingly sell the concept of unity to their citizens, a growing number of which seem to prefer engaging only with like-minded others, in an ever shrinking echo chamber.

Will there be a Front National-led #Frexit in Europe after the #Brexit? A #Calexit in the United States? Hopefully not. But unless we start refocusing on what unites us instead of what divides us, the West is in danger of throwing away decades, even centuries of unification.

Because at the end of the day, people are not unified by concepts and constitutions, but by shared values.

This article was published earlier on TheHill.com, titled The United States? Not by a long shot.