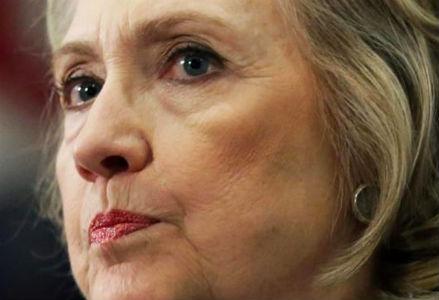 You are in a tough spot. For you, the presidential election effectively ended when the fiery septuagenarian from Vermont and his political revolution were defeated by Hillary Clinton and her army of super-delegates. She has been asking for your vote ever since, but the political revolution still beckons and there is an alternative.

Jill Stein of the Green Party wants to erase all student debt, make education free from preschool through university, provide medicare to all, cut military spending in half, tightly regulate Wall Street and increase taxes on the wealthy while cutting them for the poor and middle class. Unfortunately, she is also the candidate for the Green Party.

Does it matter? That is up to you, but you do have a real choice to make.

To be sure, Jill Stein will not become President of the United States in 2017. It is as simple as that. Whether you vote for her or not at all, the outcome will be the same: either Hillary Clinton or Donald Trump will be the next POTUS (should either of them become incapacitated, their party’s national committee would elect another candidate).

But there are other ways to win at the voting booth.

By voting for Jill Stein instead of Hillary Clinton, progressive millennials could help the Green Party candidate make a much better showing at the polls, thus sending a strong message to the Democratic Party to take its left wing more seriously next time around, or risk losing an even bigger portion of the fast-growing young and progressive block to the Green Party.

Would it still be worth it if your vote for Jill Stein put Donald Trump in the White House? To Clinton supporters the answer is of course an unequivocal NO. They argue Mr. Trump is not only spectacularly unfit for the presidency but even dangerous. That he would not just ‘build The Wall’ but also deport eleven million illegal immigrants, wreck the economy, make entire ethnic minorities feel like it is 1950 again and maybe even start a nuclear war.

Now, a good part of this is classic fear mongering, propaganda designed to get your vote. Donald Trump may be many things, but he is not a mad man who is going to blow up the world—and implying otherwise is, frankly, a bit cheap.

But it would be bad. A trade war with China and Mexico, a costly ground war in Syria, strained diplomatic relations with countries around the globe and stepped up anti-Mexican and islamophobic rhetoric, it would all be on the table.

So yes, make no mistake about it, voting for Jill Stein to send a clear message to the Democratic Party could bring four years of bad policies, racist rhetoric and addresses to the nation that move effortlessly from insulting Rosie O’Donnell and bragging about how hot Ivanka Trump is, to boasting the first finished mile of the Great Trump Wall, while en passant advertising Trump steaks, Trump resorts and Trump mouth water.

Alternatively, you could buy into Hillary Clinton’s narrative that she may not subscribe to the progressive direction you want the Democratic Party to move in, but at least she is not Donald Trump. This is true. Just as it is true that if you allow yourself to be used like this every four years—threatened with doom and gloom on the one hand and pandered with hollow promises that never pan out on the other—the Democratic Party will never move in your direction. Realism is the enemy of change.

As Jefferson famously wrote when discussing Shays’ rebellion of 1786-87, an event that helped make the case for political reform at the Constitutional Convention:

“…what country can preserve it’s [sic] liberties if their rulers are not warned from time to time that their people preserve the spirit of resistance? (…) the tree of liberty must be refreshed from time to time with the blood of patriots and tyrants. It is it’s natural manure.”

If you always vote for the lesser of two evils instead of voting your conscience, then that is exactly what you will end up with every single time. A lesser evil.

This article was first published on Palm Beach Free Press, on October 28, 2016.