How Putin Will Win the US Election 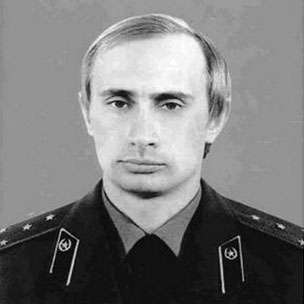 The last time a large part of the electorate refused to accept the clear results of a presidential election, it triggered the start of the Civil War.

And although another civil war is unlikely, the chance that the results of this year’s presidential election will not be accepted by a large part of the electorate has emerged as a real possibility over the last few weeks.

GOP nominee Donald Trump has repeatedly said he can only lose the elections if they are rigged, while also implying he might not accept the results in case of defeat. Add to this the results of a recent poll conducted by AP-NORC which showed close to sixty percent of Trump supporters fear there will be extensive voter fraud this election, and you have two key ingredients of a potentially explosive post-election season.

The Democrats, for their part, have voiced growing concern that the Russians might try to hack the elections, believing the government of President Vladimir V. Putin prefers Donald Trump to become the next U.S. President.

Senate minority leader Harry Reid of Nevada, for instance, wrote in a letter to FBI Director James Comey on August 27, he had “become concerned that the threat of the Russian government tampering in our presidential election is more extensive than widely known and may include the intent to falsify official election results.”

Senator Reid sprinkled his letter with several semi-accusations and odious tie-ins of the Kremlin with the Trump campaign, all but suggesting the Russians would love nothing more than to see Donald Trump as President of the United States.

Reid also called Trump an “unwitting agent’ of Russia and the Kremlin”, but by voicing his concerns so publicly he has possibly become an unwitting agent of the Kremlin himself. Though, in the Senator’s defense, when it comes to the shadowy game of disinformation and soft subversion, a career politician from Nevada can hardly be expected to be a match to the former KGB Lieutenant Colonel who has ruled Russia for the past sixteen years.

What does Vladimir Putin really want? Is it really so important to him to have as his main adversary a highly unpredictable, politically inexperienced, irrational narcissist with an inflammable temperament—instead of a reasonable, rational individual proven to be skilled at reaching a compromise, while also reluctant to risk overplaying her hand? So important he would risk a deep diplomatic crisis over it with the most powerful country in the world?

If so, it would certainly be a departure from the shrewd, strategic behavior Mr. Putin has displayed these past years, such as annexing strategically important Crimea without suffering military casualties, supporting the rebels in eastern Ukraine to advance Russian interests there, while stopping short of triggering a full-scale war with Ukraine, testing the NATO defense readiness and response levels through military posturing, using propaganda to sow doubt and division between NATO member states, and stabilizing the position of Syrian President Bashar al-Assad against relatively low cost and with minimal casualties. And yet, there is certainly evidence that points to the Kremlin being up to something with regards to the U.S. presidential election.

There was the hacking of the emails of the Democratic National Committee, published by WikiLeaks on July 22. WikiLeaks did not reveal the source of the leaked emails, but U.S. intelligence agencies were quick to conclude with “high confidence” that the Russian government was behind the hack. They are probably right.

And on August 18, the FBI Cyber Division issued a ‘flash’ alert saying a state’s Board of Election website had been probed and penetrated between late June and mid-July, which had led to exfiltration of voter registration data. Another state’s Board of Election website had been penetrated in August, but there the hackers had not exfiltrated any data. Yahoo News reported that sources familiar with the FBI bulletin had said the first state was Illinois—where the personal data of up to 200,000 state voters had been downloaded—and the second Arizona.

According to Rich Barger, chief intelligence officer for ThreatConnect, a cyber security firm, the methods and types of hacking tools used to scan for vulnerabilities in the state election systems appeared similar to those used in other suspected Russian state-sponsored cyber-attacks, including the hack of the World Anti-Doping Agency, early August. The FBI was said to investigate a “possible link” between the DNC hack and the malicious penetration of the voter registration databases in Arizona and Illinois.

So, was it just sloppy of the Russian hackers to use the same methods and tools they had used in other suspected Russian state-sponsored hacks, or was it merely a tactical gambit, meant to establish intent and credible capability?

Unfortunately, tampering with the presidential election is easier than one might think, because all but two states follow the winner-take-all system, awarding all of a state’s Electoral College electors to the candidate that wins the plurality of the vote. Manipulating the election process in just a few well-chosen counties could in some cases thus swing an entire state. Add to that the fact that presidential elections are usually decided in a handful of battleground states and it becomes clear a few counties could even sway the entire election.

Making matters worse is that in 2016, several swing states—including Colorado, Virginia, Pennsylvania, Ohio and Florida— will still be using digital voting machines that hacking experts have demonstrated could be hacked in under a minute. Such machines could be easily infected with a self-duplicating code, which then spreads from machine to machine through an administrator card.

But precisely because it is relatively easy to hack the elections—and everyone knows it—Putin doesn’t actually have to do it. He only has to convince the American public that he intends to do it (because he wants The Donald to be the next President) that Russian hackers could pull it off (Arizona, Illinois hacks) and then make it look like he did it.

If that was the main goal of these summer hacks, it certainly worked. Because Senate minority leader Harry Reid, the federal government, the Clinton campaign, the Trump campaign, the Central Intelligence community, they have all loudly expressed grave concerns the elections will somehow be tampered with.

To actively disrupt the presidential elections—without actually interfering—Putin would also need a reliable conduit to spread the rumor that the elections have indeed been hacked.

This is where WikiLeaks comes in. Whoever leaked those 19,252 emails and 8,034 attachments from the Democratic National Committee to the Whistleblower in Chief in July, gained the trust of a reliable, independent journalistic organization perceived by many as being more trustworthy than any other news source, be it commercial or government-based.

And so the board is set and all the pieces have been moved into position. Within a few days or weeks after the election, the hacker who leaked the DNC emails could leak new documents to WikiLeaks, this time revealing convincing (though falsified) evidence of extensive hacking of hundreds of paperless digital voting machines. Finding no such evidence, the U.S. Central Intelligence community will deny these attacks in fact happened, but who would the public—especially those who just voted for the candidate that lost—believe?

Should Clinton win the election in this scenario, Trump would take the bait of alleged voter fraud faster than a mousetrap can snap shut. Saying he has claimed all along he could only be defeated in case of foul play, he would rally his tens of millions of hard-core supporters and demand nothing less than a do-over.

Clinton would likely demand the same in the event of a Trump victory. Either way, the nation would be dangerously divided and neither candidate would have a clear mandate to lead the nation.

The only real winner would be Vladimir Putin, who, after having successfully executed a dirt-cheap disinformation plot that would have made his old KGB superiors proud, would walk away scot-free, because Washington would be forced to continue denying any election tampering had taken place.

This article was published earlier on The Hill, titled 'In political chess game with Putin, even Trump is a loser'