Why a Terrorist Attack Could Make Trump President 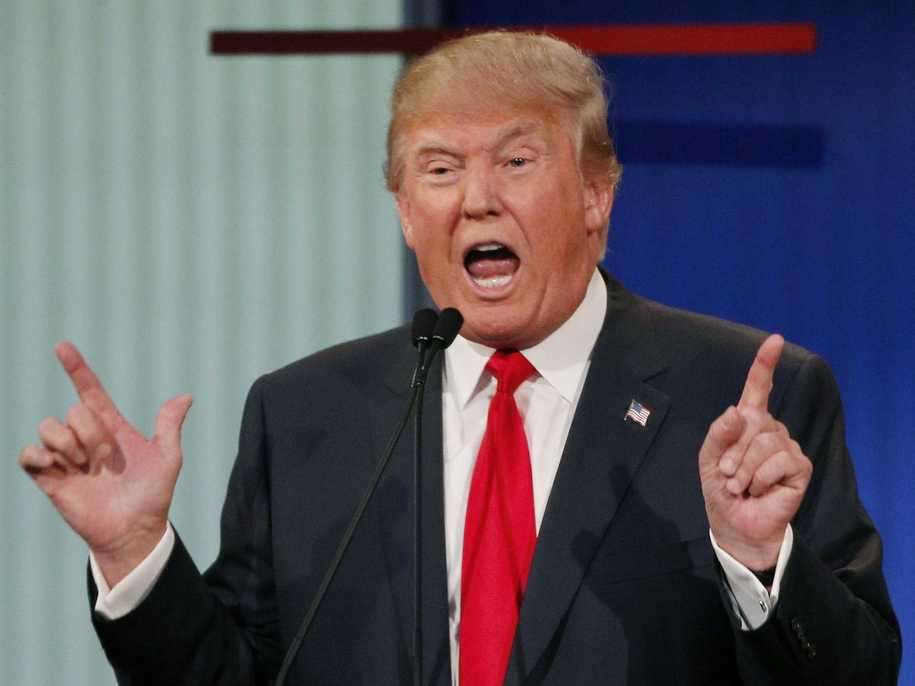 In the blue corner we have Hillary Clinton, who basically wants to continue on the path we have been on for the past eight years, while acknowledging that a lot remains to be done. And in the red corner we have Donald Trump, who argues we are very much on the wrong path and that Americans—well, a majority of Americans anyway—were better off in the 1950s, when American-made products still ruled the global economy and blue collar workers could be part of the middle class, when American military might was unrivaled, Mexicans lived in Mexico and Muslims lived, well, somewhere else.

For the last couple of weeks, Republicans have been asking themselves in growing desperation how it is possible that Hillary Clinton is still favorite to win the election after all the lying, the private email server scandal and the air of corruption surrounding her time as Secretary of State (with aides allegedly providing access to the Secretary for big Clinton Foundation donors).

As Donald Trump Jr. put it: “They [the media] have let her slide on every indiscrepancy [sic], on every lie, on every DNC game trying to get Bernie Sanders out of this thing. If Republicans were doing that, they’d be warming up the gas chamber right now.”

There is nothing Donald Trump could do that would make him seem more trustworthy, more measured, more experienced, less confrontational, less offensive. Same goes for Clinton. Those trains have left the station.

The only thing left for Mr. Trump to do, is to convince voters that his vision for America is the right vision. That we have every reason to fear an increase of terrorist attacks if we allow Syrian refugees—and people from other predominantly Muslim countries—to continue to “pour into the country.” That we have grown weak, allowing our military to be hollowed out in a time we need more, not less, military might. That it is time to return to an America first policy.

Should Mr. Trump succeed in doing just that, the tables would turn and all his descrepancies would be forgotten. He would be the favorite to win, no matter what he would do or say, no matter what damaging information would surface about his past business dealings, because voters would still subscribe to his vision for America.

For that to become reality, though, something would have to happen that is so big, it would force everyone to recalibrate—or at least consider recalibrating—their existing world view. The kind of event that makes people say: “Look, I’ve always been against/for that policy, but after this happened I have to seriously reconsider.”

A mere political scandal or grand gesture will likely not be enough to fundamentally upset voter’s minds so late in the game. Historically, the effect of that kind of October Surprise has generally been overestimated. But when it’s something that could be sold as a real game changer, all bets are off.

Think Pearl Harbor, which swayed American public opinion in favor of entry into World War II. The attacks of 9/11, which generated overwhelming public support for the passage of the PATRIOT Act and the ensuing wars in Afghanistan and Iraq (of course, nowadays it’s next to impossible to find anyone who admits they supported the wars back then, but in the early days public support for the war in Afghanistan was over 90 percent and for the war in Iraq over 70 percent). And the collapse of Lehman Brothers, on September 15, 2008, which turned a deadlocked presidential contest into a solid lead for Barack Obama.

Now, if a 9/11-style terrorist attack were to happen late October, early November, in other words days before the election, how would that play out? How would it impact the election? Remember the public mood during those first days, weeks following 9/11? The horrific incidences of violence against Muslim Americans, the suddenly heightened sense of insecurity, vulnerability, nationalism, the broad support for the invasion of Afghanistan?

Hold on to that for a moment as you read the responses of Hillary Clinton and Donald Trump just after the New York bombings of September 17, 2016.

“I have been briefed about the bombings in New York and New Jersey and the attack in Minnesota. Obviously we need to do everything we can to support our first responders, also to pray for the victims. We have to let this investigation unfold. We have been in touch with various officials, including the mayor's office in New York, to learn what they are discovering as they conduct this investigation. And I will have more to say about it when we have some facts.”

“This is something that will happen, perhaps, more and more all over the country. Because we’ve been weak. Our country’s been weak. We’re letting people in by the thousands and tens of thousands. We’re allowing these people to come into our country and destroy our country, and make it unsafe for people. We don’t want to do any profiling. If somebody looks like he’s got a massive bomb on his back, we won’t go up to that person ... because if he looks like he comes from that part of the world, we’re not allowed to profile. Give me a break.”

Remembering how you felt during those first few days after 9/11, who would you vote for in the immediate aftermath of a terrorist attack?

Now assume you are an undecided or NeverTrumper.

This article was published earlier on American Thinker and DailyKos.