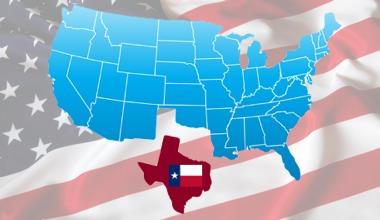 On June 26, 2015, the nine justices of the U.S. Supreme Court ruled 5–4 that marriage is a Constitutional right for straight and gay people alike, meaning individual States must recognize it, whatever the convictions of (the majority of) their respective populations.1

After Brown v. Board of Education (1954), Loving v. Virginia (1967) and Roe v. Wade (1973), Obergefell v. Hodges will certainly go down in history as another landmark Supreme Court decision in which the Fourteenth Amendment - one of three Reconstruction Amendments adopted in the years immediately following the Civil War - rides to the rescue of those seeking protection against the often more conservative laws of Southern States.

The Court’s decision requiring States to recognize same-sex marriage will undoubtedly be hard to swallow for conservative States, and it is unlikely we have seen the last of their resistance against something they consider demeaning to the ‘timeless institution of marriage’. But at the end of the day, what can they really do against the progressive current washing away traditional values they hold dear but large parts of the nation see as discriminatory and outdated?

When, in 1962, Mississippi Governor Ross Barnett, in defiance of a Supreme Court decision, continued to resist the admission of African American student James Meredith to the all-white State University of Mississippi, Attorney General Robert Kennedy called him up to tell him he really had no choice but to adhere to the laws of the United States.

Barnett answered, “We have been part of the United States but I don’t know whether we are or not.” Kennedy responded with a light-hearted “Are you getting out of the Union?”, but Barnett did not appreciate the joke.2 Meredith nevertheless enrolled at ‘Ole Miss’, even if it took 400 Federal Marshals to protect him. He graduated with a degree in political science the following year.

Had Mississippi not already tried to secede from the Union a little over 100 years earlier, it might have been tempted to do so in 1962, and Kennedy likely would not have joked about it.

Of course there will not be another civil war in the United States — that kind of continuation of politics (to paraphrase von Clausewitz’ all too famous quote) has come and gone — but the legal justification for the Civil War has taken on a new sense of importance with this growing gap between the still mostly conservative South and the more progressive North. And it has been a long time ago since the U.S. Supreme Court ruled that individual States do not have the right to leave the Union.

On April 12, 1869 — eight years to the day after the firing on Fort Sumter, the official start of the Civil War — the Supreme Court handed down its decision in Texas v. White, in which the Confederate state legislature’s right to sell U.S. bonds owned by Texas since before the war, was disputed. The Court ruled that Texas had never ceased being a U.S. State and that the bonds had therefore indeed been sold illegally. In the Opinion of the Court, Chief Justice Salmon P. Chase wrote that “The Constitution, in all its provisions, looks to an indestructible Union composed of indestructible States.”3

In other words, individual states cannot unilaterally secede from the Union. Though this has since been considered a cornerstone of the Union, it also goes directly against the fundamental legal principle of the right to self-determination. Of course at the time of Texas v. White that principle had not yet gained any real traction in (international) law, though John Locke’s famous axiom of a government needing the consent of the governed — one of the foundational legal arguments for the American Revolution — is closely connected to it.

The first political person of note to take a serious stab at trying to establish an internationally recognized right to self-determination was President Woodrow Wilson, during and shortly after the First World War. But he failed to gain vital support from the European colonial powers and nothing changed. Some 25 years later, President Roosevelt was more successful in putting the principle of self-governance on an international legal footing, but as an actionable right it has remained elusive.4

In 2012, an online petition asking the United States government to grant Texas the right to secede and form its own independent nation received more than 125,000 signatures within 30 days. The official response from the White House was a 522 words long, polite, eloquent but nevertheless resounding ‘no’, stating, among other things, that the civil war had “vindicated the principle that the Constitution establishes a permanent union between the States.”5

Now, when a husband tells his wife she can never, ever leave because he will never, ever let her go, that might sound like a romantic reminder of the sanctity of the bond of marriage to some. To others though, it sounds more like bondage, as unsuitable to 21st century America as denying same-sex couples the right to marry.

Perhaps it is time for the Supreme Court to also grant the right to divorce.

5 Carson, Jon. “Our States Remain United. Official White House Response to Peacefully grant the State of Texas to withdraw from the United States of America and create its own NEW government.” petitions.whitehouse.gov. n.d. Web. May 26, 2015.