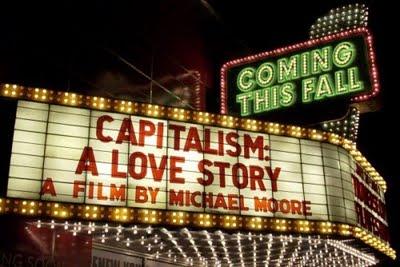 With the G20 gathering in Pittsburgh today, every man and dog is putting in his or her two cents on how to "get to those banks" (as one -less subtle- liberal radio host put it). How to "cap those bonuses" "eliminate the bonuses", or, my personal favorite, how to "claw back the bonuses" (note to self: idea for new super hero movie, 'The man with the silver claw' , steals from the banks, gives to the poor).

There has been so much attention for bankers and their outrageous bonuses that you'd have to be a 3rd week fetus not to have an opinion about it. (And to all those 4th week fetuses and up who have a dad in the banking business, now's the time to ask for a big allowance raise: 'but dad, you still got that big bonus last year and I'm afraid to tell my friends you're a banker.' triple AAA guarantee that it'll work)

Now I'm no friend of the banking industry -as my articles on banks and the bailout scheme show- but blaming bankers for being greedy is like blaming dolphins for eating fish. (yes, they look cute and it would be so jolly golly wonderful if they were vegetarians too, but they're not). The simple fact is that bankers -like most people- have always been greedy.

So when former French foreign minister and current special adviser to the UN secretary general on innovative financing, Philippe Douste-Blazy, writes in an op-ed in today's NYTimes that the banking industry "has a duty to give back" , it's immediately clear that while having a beautiful job title, Mr. Douste-Blazy is no economist (in fact, he's a cardiologist).

Mr. Douste-Blazy wants to tax the foreign currency market, arguing that banks won't even miss the money, just like the "small tax on airline tickets" -has- "without hurting the airline industry, raised about $700 million". Obviously Mr. Douste-Blazy thinks that those $700 million were actually paid by the airline industry itself, instead of being charged as extra fees to airline customers.(must be wonderful to live so far from the real world). And is he really serious with his 'it's not really stealing when the amount is really small' argument? If so, let's help the French hope he'll never become the head of the Trésor Public (Public treasury)

Also searching for culprits, in his new film Capitalism: A Love Story , Michael Moore goes one step further, blaming the entire system of capitalism. Moore: "Capitalism, in the last year, has proven that it's failed. All the basic tenets of what we've talked about the free market, about free enterprise and competition just completely fell apart." Sounds very plausible for a moment, but so does sex flavored ice cream (we all like sex, we all like ice cream, who wouldn't want this flavor?) until you stop and think it over for a moment.

Capitalism has neither failed nor changed, we have. We just can't handle those high peaks and steep canyons anymore, the years of double digit jobless rates and belly up. Maybe we expected capitalism to change with us and it didn't - and it never will. We'll just have to change it ourselves.