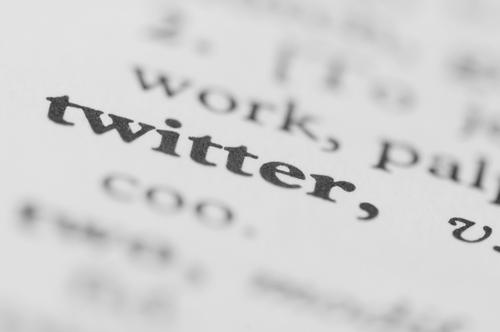 Yesterday CNN had their weekly interview with somebody called 'The Data Doctor' but who looked more like a date doctor.

When visualizing a data doctor (and isn't image everything?) I see a bearded or badly shaven man who looks like 40 but is in fact not yet 30. He wears glasses, because even though he's an expert on technology wearing lenses is a bridge too far. (as are most women by the way). His favorite drink used to be coca cola -back in the eighties- but nowadays it's red bull, of which he drinks a tray a day. A stowaway piece of New York Pizza cheese -stuck on a grey, slightly sweaty t-shirt- waves into the camera. And of course the data doctor talks about this latest piece of tech either as if it is as good as feeling a woman's breast for the first time (lacking the experience itself, his mind runs rampant fantasizing about it) or as if the whole world is stupid, doomed and deeply bugging him.

Instead, this "data doctor" looked like a mix of a young Ghandi and dandy poet Oscar Wilde. So excuse me for mistaking him for a date doctor.

Now I happen to love Twitter. For those of you who still don't know ('wot iz zis twieter yoe speek ov') type in twitter.com in your browser and find out. -explaining things is so 2007.

- Chat heaven (or haven, for that matter).

- Mini blog - Window to the world.

The date doctor called it an "evolution in communication".( Probably because "revolution" is also very 2007) But of course not much is required for something to be called an 'evolution'. We all are an evolution.

There are now millions of people twittering & tweeting, like there were once millions of birds doing the same thing. Two weeks ago, when a plane crashed near Amsterdam, twitter was the first one to break the news. CNN actually got their breaking news on the crash from following the tweets about it, including pictures and short video clips. In the hours following the immediate crash, every tiny piece of information was spread about through twitter. At one point, there was a tweet saying: '10th person dies from crash, in hospital'.

Of course we can ask ourselves the question: is this really what we want? Somebody just died, probably minutes ago, and already his demise is being spelled out as just another piece of information. Is this the evolution of communication? Everybody knowing everything about everybody? Looks that way, and it will be impossible to resist for the average information consumer (as long as they don't think long and hard about it).

So, a silent revolution. All that was missing from the 6 minute interview with doctor data was him stepping out of his bodily cage at the end, speaking with a computerized voice: "We are the Borg. You will be assimilated. Resistance is futile."