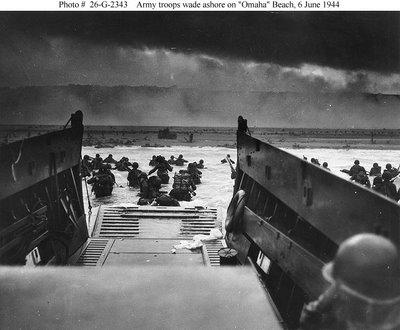 As the famous quote from the movie Fight Club goes: "On a long enough time line, everyone's survival rate drops to zero." True though this may be (how can we ever know for sure?), some people have beaten remarkable odds; twice. First, by utterly defeating -and subsequently annihilating by proxy- those other 150 million sperm cells. Second, by staying alive when people around them died like flies.

In 1869 the last surviving veteran of the American Revolutionary War, Daniel F. Bakeman, blew out his last proverbial candle. There were 110 proverbial candles on his proverbial cake. Five earlier ones had been blown out during that other epic struggle on America's own soil: the Civil War of 1861-1865.

The last surviving American Civil War veteran, Albert Woolson, died well after WO II, in 1956, aged 106. Opened his eyes well before the invention of planes, cars and Edison's light bulb, and closed them while big fin cars where all the rage, children watched Howdy Doody and teenagers went crazy over Elvis and his hit Heartbreak Hotel.

As of today, there are still 6 World War I veterans alive. All 6 of them are veterans of the allied forces. (Survivor: Total Annihilation editon, Allies vs. Central Powers: 6-0). The oldest is 112-year-old Henry Allingham (also Europe's oldest man), born on June 6, 1896. On the day he celebrated his 48th birthday, the Allies landed on Normandy. (Bet they made some jokes about how kind it was of Eisenhower to let the invasion start on his birthday). On November 11th 2008, he was present at the annual memorial service in London.

There still are over 2 million World War II veterans alive today. (They die at a rate of about 900 a day)

One of those 2 million is Rochus Misch (1917 - ), the last survivor of the Fuhrerbunker. He worked as a courier, telephone operator and bodyguard for Adolf Hitler, right until he committed suicide on may 2nd 1945. The last one alive who actually knew the man. Infamous by association. Soon after the war ended, the Russians captured Misch. When they released him in 1954, he moved into a house in Berlin, 2 miles from the remains of the Fuhrerbunker. (Civil War veteran Albert Woolson was still alive then)

He still lives there today and regularly receives visitors wanting to interview him (one of the more recent ones being Christopher McQuarrie, writer of the screenplay Valkyrie).

The other day I read an article containing several quotes by World War I veterans. Many of them urged "not to forget", "to remember", so that it "wasn't all for nothing". But we will forget. In fact, many of us already have, if we ever learned about it at all. In a recent poll among high school students, more than half of them couldn't answer the question when the second world war took place, let alone the Great War.

And soon, very soon after the last veterans are gone, the blood of historical compassion will run cold, leaving nothing but fossilised stories and statistics. Some call this lack of collective long term memory our greatest weakness, others our greatest strength. Perhaps some lessons are best learned when repeated. I don't know.

But I will try to remember Henry Allingham's birthday this year, on June 6.