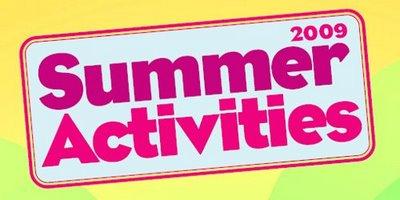 IS 2009 GOING TO BE the summer of Uyghur and Iran?

Are the Muslims waking up to a revolutionary era of their own? Are they warming up to the ideas of certain inalienable rights, democracy and the rule of law? Hard to say. The revolutionary process knows several stages, and the Iranians only just completed the first one: Anger. The second stage -coming up with an alternative organization of the state- is much more difficult. Meanwhile, the Uyghur in Xinjiang autonomous region are still very much in stage one.

We've always been the restless kind. A revolution loving species, unlike sharks and crocodiles, who haven't changed their tricks in a gazillion years. In the past 500 years alone, we went from burning witches and infidels at the stake, to, well, ehmm, stoning them.

No no wait, I can save this.

Religion gave them a body of rules and bounded them together, so they could live together peacefully, and build pyramids, temples and lighthouses. (and fight wars against other peaceful societies)

For thousands of years, the Haves used (or abused, depending on the view) religion to oppress the people. The king, pope, emperor, ayatollah, dalai Lama, grand wizard of Waziristan or whatever his name, was said to be handpicked by the allmighty and that was the end of it. Do as he (usually a he) says or burn at the stake. (or be stoned, boiled in hot oil, buried alive, eaten by giant lizards, you get the idea)

Then the Age of Enlightenment arrived and some people started writing about the rights of the individual, democracy and the rule of law. Their ideas had some early success in some distant colony on the other side of the world and before you could say 'United States of America' they started to catch on at home in Europe, too.

For 200 years the West wrestled with its democratic experiment. No to a king, yes to a king as long as he doesn't have any powers, nobility running parliament, elected officials running parliament, away with democracy let's all hail the dictator, away with dictators let's hail to the chief. We messed up terribly of course. Only in the last couple of decades are we starting to get it right.

The reason why (some) Muslims are still stoning gays, adulterers and infidels (although nowadays shooting and hanging is also allowed), is because their society is still bounded by religion, instead of being bounded by the rights of the individual, democracy and the rule of law.

Some right-wing Western politicians think there is reason for smirking about this, but when you look at the last 200 years of history both in the US and in Europe, there can be only one real conclusion: after systematically killing and/or enslaving millions of Indians, blacks, gays, gypsies, Jews and political adversaries, there's really nothing left for the West to smirk about when it comes to basic human rights.

Still, let's hope this really is the summer of Iran and Uighur. Let's hope it won't take the Iranians as long as it took the West to successfully claim those certain, unalienable rights. And should the Uighur win their independence, let's hope they won't lose another 30 years of freedom by putting the word 'Islamic' in front of the proud name of their new nation.